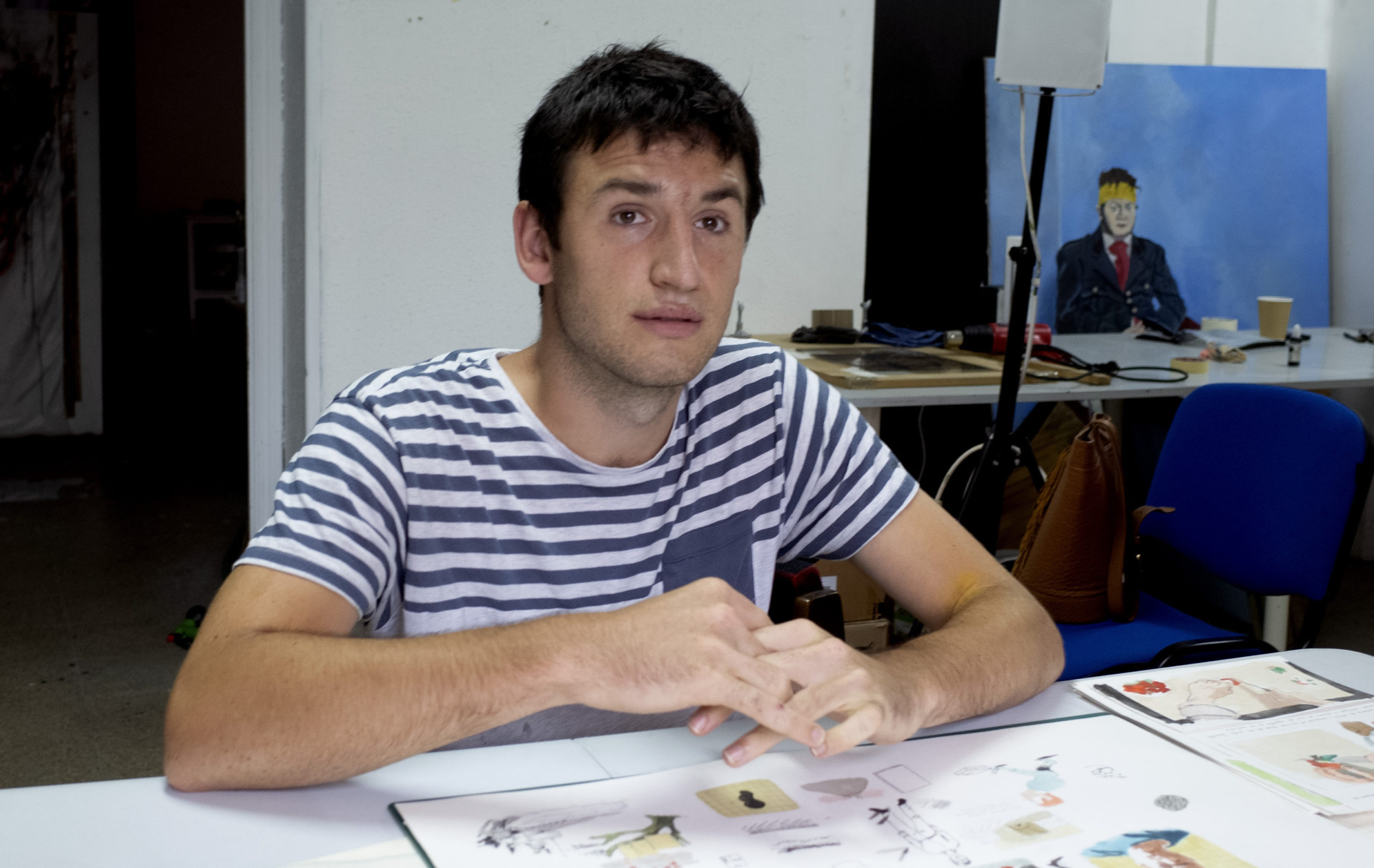 John Berger stated that the creation of an image begins by questioning what we see and making certain marks. Drawing, then, is not only to lay out on paper, but also to receive and know with the hand, so that each record contains a whole vital experience which, moreover, is susceptible of being simultaneous with others.

Between the visual essay and the sketchbook, Guillermo de Foucault structures his drawings as places where a whole constellation of images coexists and dialogues with written notes. This mise-en-scène serves as a starting point for a series of reflections on artistic practice, sprinkled with notes of humour, where each fragment, with its own nature, perspective and graphic translation, coexists with the rest in an undefined space, with no pretensions of composing a diary or a linear narrative. The drawings simply appear, like passages of an impossible story, punctuated by digressive notes, discontinuous scenes and free associations, with which the artist translates the flow between his own subjectivity and the outside world. The result is small extracts that represent a combination of experiences, impressions, landscapes, figures, artistic references, observations and ideas interconnected in an attractive and strange miscellany, where the forms acquire meaning as part of the same whole, that is to say, a grouping of elements with a common property.