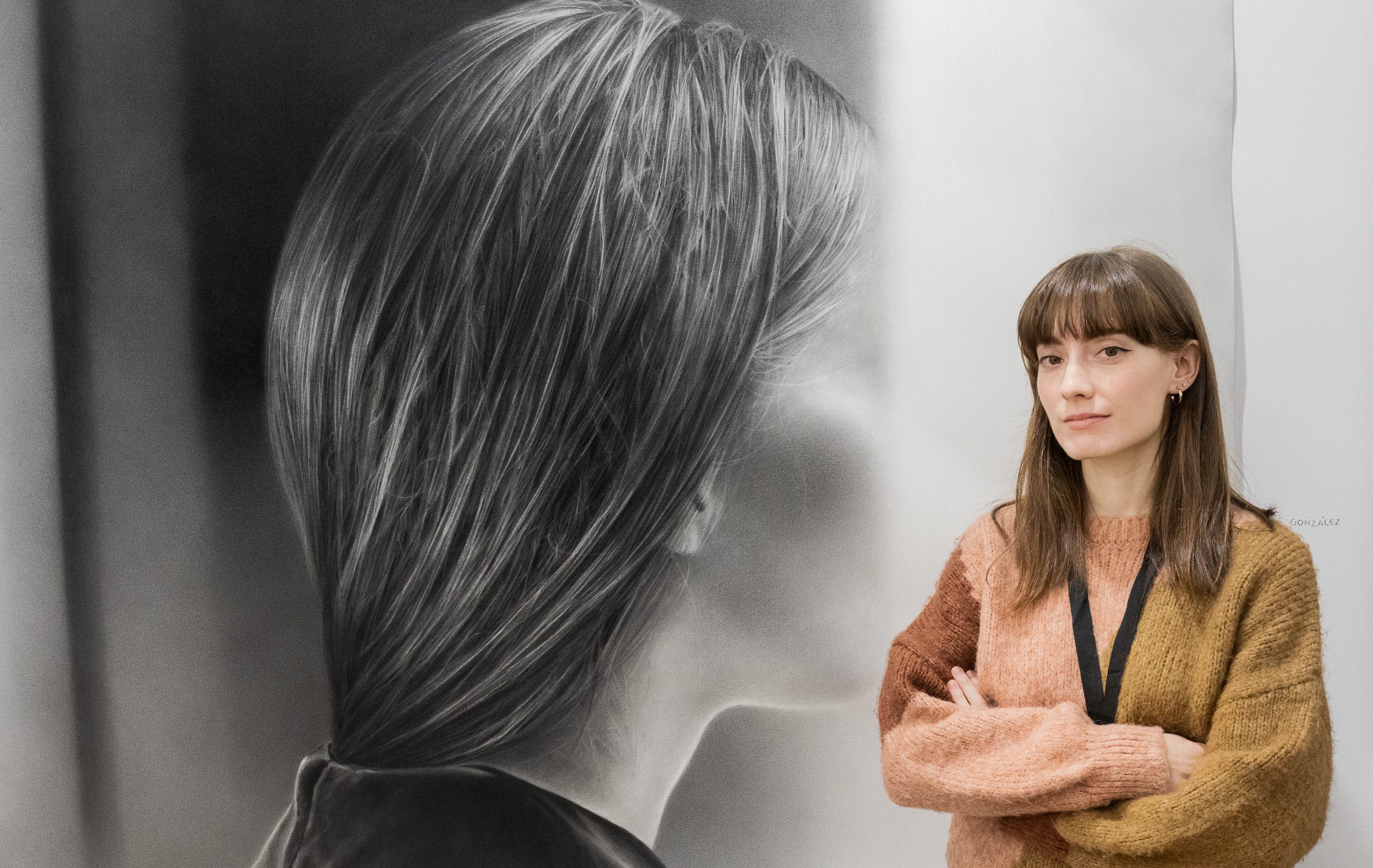 Didi-Huberman argues that it is not possible to speak of images without speaking of ashes; hence the archive has a grey hue, as it is made of the remains of everything that has burned. Irene González’s works seem to interrogate that past consumed by the flames through a repertoire of isolated characters that take us back to a distant past, whose faces have been concealed, partially cut out or dissolved in an undefined space, playing with light and shadow. Her compositions, configured with shades of grey, black and white, convey to us the memory of a remoteness that cannot be accessed except through the imagination, that is, the faculty of invoking another time, which, like an apparition, is only revealed for an instant, like a flame.

Hers is an exercise in personal research based on what is alien, given that identity is a fiction that can only be reconstructed in the form of fragments and always in accordance with others. For this reason, the presence of these beings on the run manifests itself as a spectre in the middle of the void, standing on that frontier where they are about to dissolve, perhaps because of the fragility that occurs in images when they come into contact with the real.