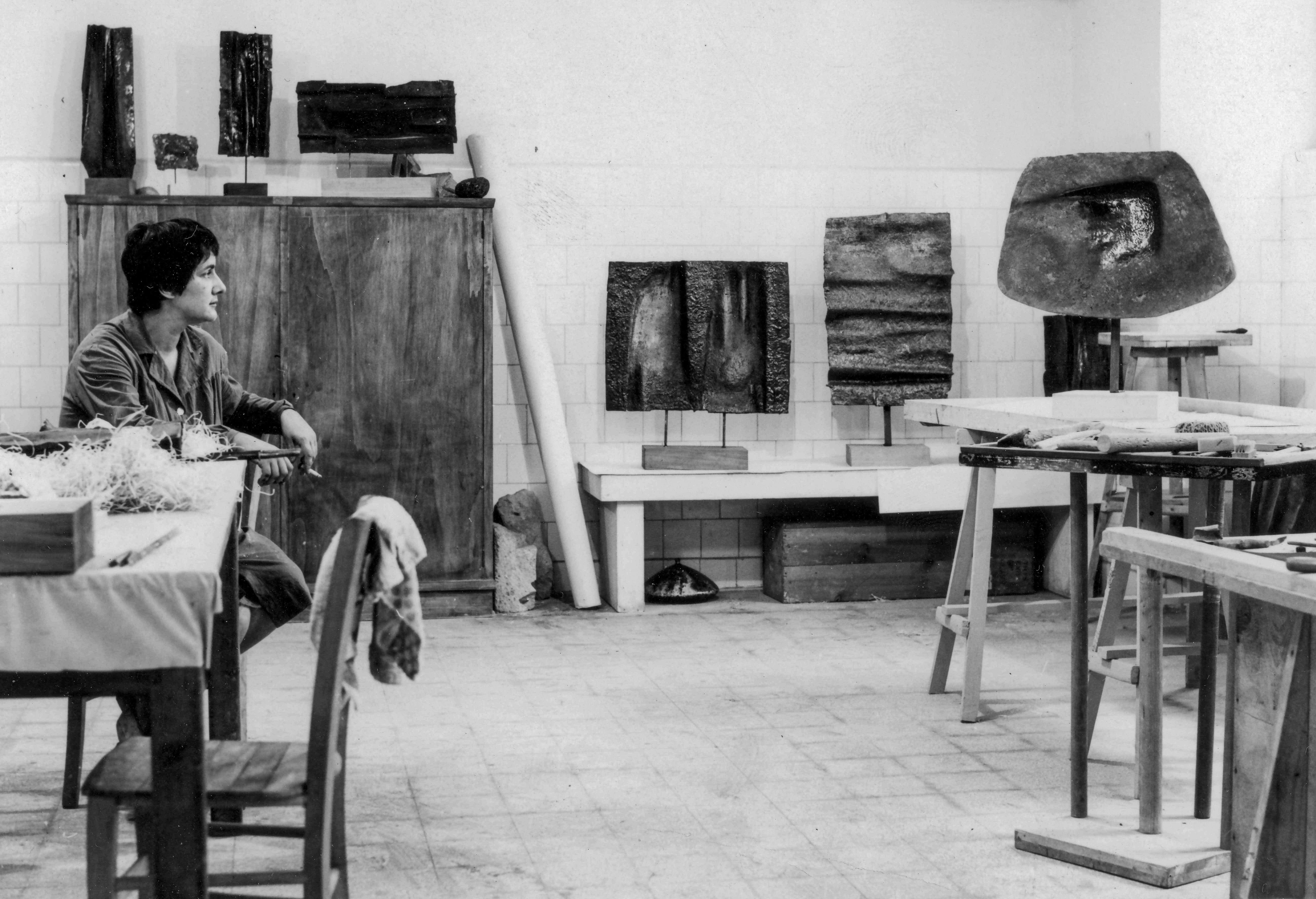 During the 1960s and 1970s, the Italian artist, teacher and thinker Nedda Guidi produced a significant amount of works in the field of drawing, which helped her to formulate an alternative means of expression to ceramics in an attempt to transcend, as she herself states, not only the more sensorial part – or that direct contact with matter and the interrelation between the four elements – but also to formulate ideas and problems that highlight the value of the processual beyond the artistic object.

These compositions, in which certain parameters of the informalist lexicon resonate, allow her to address questions that have to do with the modular developments that she would later transfer to the three dimensions, as well as the application of new chromatic ranges and textures, the exploration of different intersections between planes and the development of abstract forms of a geometric nature.

Through drawing and experimentation with crayons, chalks and gouaches, Nedda Guidi develops an independent production with which she manages to enter a different space, without renouncing the profound symbolic connotations that connect her work with its origins and, in particular, with the tradition of Mediterranean cultures, such as the Minoan civilisation, present in some of her series.