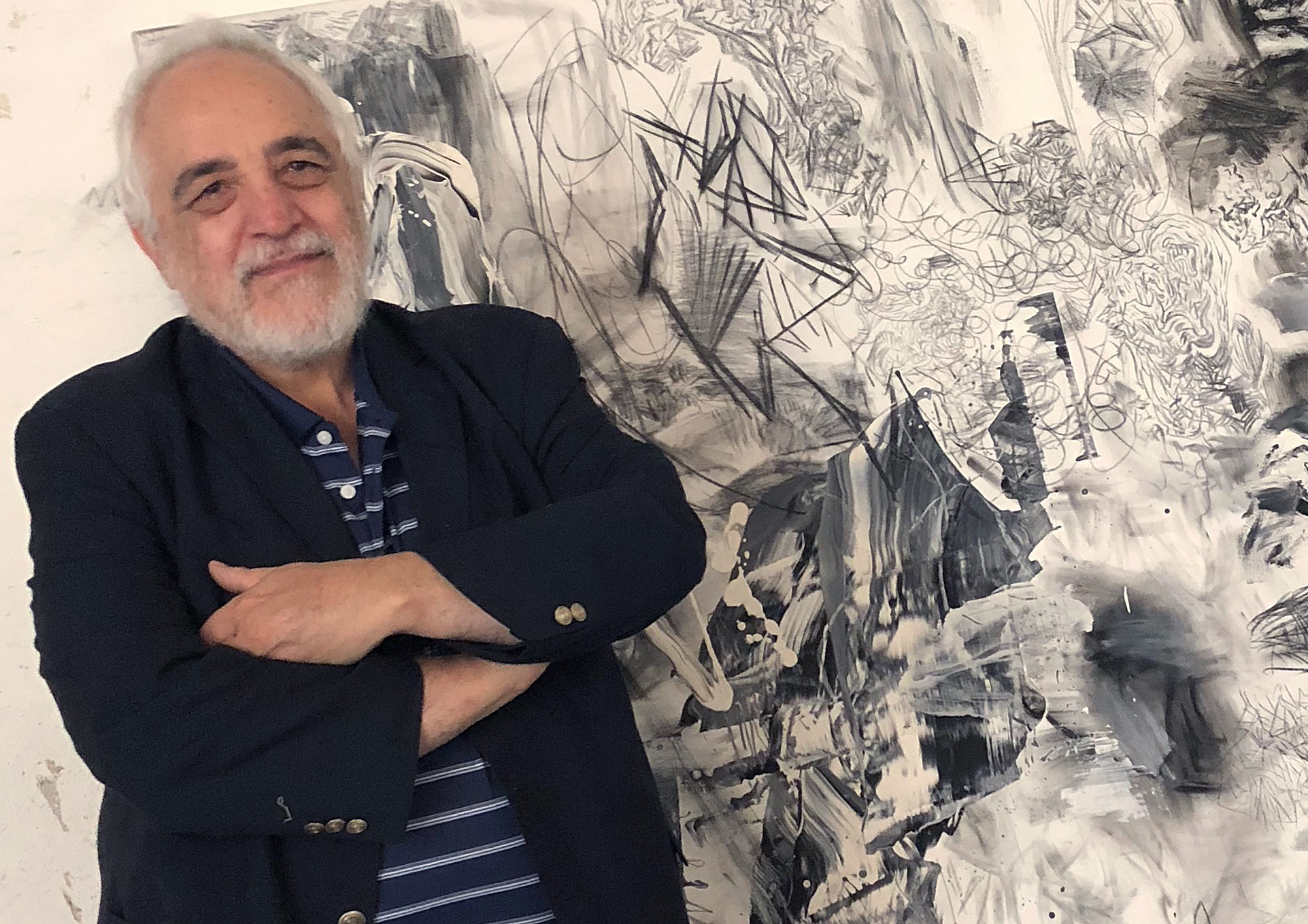 He is not only an artist but also a teacher and curator of great generosity and talent.

Deborah Reda: When you started your career, did you already know that you were going to dedicate yourself to drawing?

Eduardo Stupía: You first have to understand what was considered drawing in when I started.

In the institutional pedagogical reading of the 1970s, the disciplines were very clearly divided: painting, drawing, engraving, sculpture; that implied that if you drew you were a drawer, you didn’t even say you were an artist.

If I had painted, people would have called me a painter. Since I eventually drew, they called me a drawer and people asked me what I was drawing. Drawing at that time was very much linked to representation, related to formal academic drawing and also to technical drawing.

Deborah Reda: Your drawings have always been peculiar. They have certain pictorial qualities, could we put it that way?

Eduardo Stupía: It’s true; at the same time, any framing that I try will seem quite arbitrary, because of the type of grammar I work with, but I don’t care much about that. I exhibited black and white drawings. First the drawings were in pen and ink and then they began to expand until, already in 2000, they acquired another nomenclature. There was a certain development and metamorphosis, the transformation became pictorial in the format and in the use of mixed techniques. By then, the idea of drawing appeared through other channels, already more inserted in the contemporary art scene; the qualities of drawing transformed the very space of the medium, just as the use of diverse materials began to strongly influence language. And then they called me artist.

Today there is a tendency towards a certain multidisciplinarity, you can hardly avoid seeing yourself taken to an expansive field. The medium induces you to open up, although I try to open up with a lot of anchoring in my essential qualities.

Mónica Álvarez Careaga: But don’t you think that, in the midst of so much diversity and turmoil, is specialization valuable?

Eduardo Stupía: Of course it is. There is still some resonance of that definition of drawer which, although it may not matter as much nowadays, somehow makes you a specialist. Certain looks, as specific as they are peculiar, are valuable. If not, everything becomes too unstable. It is necessary to go back to the pure definitions, without denying the impurity of the matter, otherwise the impurity becomes horizontal and everything is the same.

Deborah Reda: Today you could say that there is a certain bizarre tendency, if you like, in the representation of drawing. How do you feel about this contemporaneity?

Eduardo Stupía: I never drew or constructed scenes in the sense of representation, narration or figuration. Even in eccentric narratives such as those that exist today, a certain bizarre figuration and surreal-pop-tech-trash imagery is imposed, where drawing is very rich, but at the same time iconography and theme are very important.

I like much more the language of drawing itself, the phenomenal drawing, the autonomous crossing of graphic resources.

Mónica Álvarez Careaga: There I see a certain feature of contemporary drawing as a label. Above all, that your drawing is not preparatory.

Eduardo Stupía: Yes, it’s true; my drawing is not at all programmatic, like for example the drawing of the sculptors, so typical of their area. My drawing does not have that idea of preparation.

Mónica Álvarez Careaga: For us who see drawing, who detect it, we stand out because we have a certain interest in approaching the work with a drawing thought behind it. How do you think the current scenario is for Argentine drawing?

Eduardo Stupía: The artist today is a character, politically speaking, who has to know how to act in the art scene. I think the primacy of the idea and of the form, of the ideological, which is first of all conceptual, has been lost a little. Discipline never comes first, strategy comes first.

Whether or not there is drawing is not a problem; there are always artists, spaces and politics first. But you can’t put yourself on one side or the other. Like the one who celebrates everything or the hermit who withdraws because he believes that the world is against him. None of these things justify placing yourself on only one side of the field.

In the 1970s we were quite a bit of a hermit, and those of my colleagues who perhaps aren’t so visible today have part of the responsibility because they shut themselves away in an ideological fury against the world that wasn’t going, for them, in the right direction. Great artists of that time have become melancholic. I am a drawer, but if I had been a painter I would surely have been like them.

Mónica Álvarez Careaga: We go back to the beginning then.